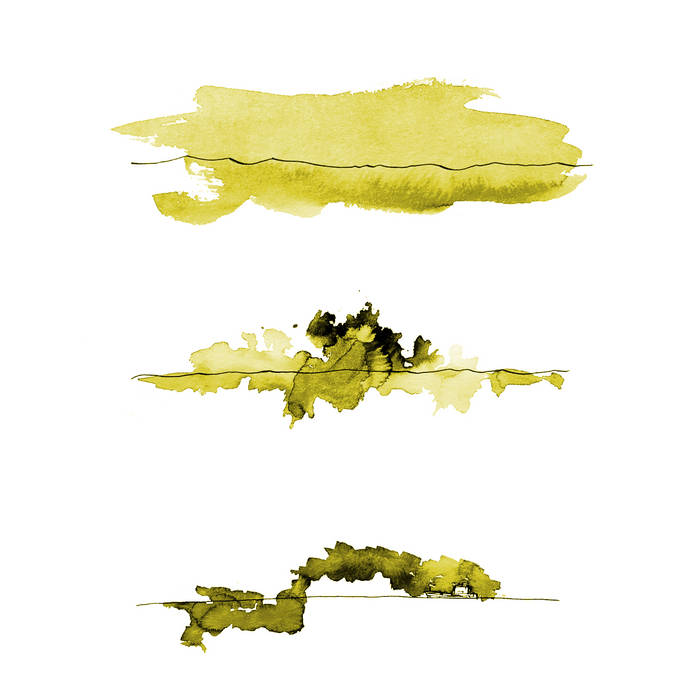 La Salina (“the salt pan” in English) is the debut album by Giorgio Sarno.
Despite having trained as a jazz guitarist, Giorgio got involved in the electronic music scene in Turin, Italy, with his band Dropp. They published a string of EPs and an LP on White Forest Records between 2012 and 2015, and their sound was a cross-breed of Lorenzo Senni’s synth-heavy experimentation and Holy Other’s sampling style, within more canonical song structures.

And yet, La Salina is a solo prepared guitar album. All the sounds come just from his guitar, a bunch of pedals and a tube amp. A salt pan, after all, emerges when the water has dried up: and La Salina is the core of Giorgio’s sense of music – the salt of its earth. The music in La Salina came after Giorgio moved to Marseille, in the south of France, during a windy spring in 2016. And that city had a huge impact on him. As he recalls, “Here I started to completely change my perspective and my previous beliefs. The city is overwhelmed by the sun, surrounded by harsh rocks and by the Mediterranean scrub, the houses are all painted in white and yellow and everything is full of light. Here all things are down to the bone, there’s no space for ambitions or celebrations, life goes on frantically and the city forces you to reconsider your priorities, eroding your beliefs and drying useless trappings, your personality is your personal bedrock”.

The guitar sound too, is stripped down, essential. The sustain is taken away by the preparation Giorgio applied to it, and the notes take a rhythmic quality which is not artificial at all, rather completely organic and bound to the strings’ vibration. A perfect example of this is track number 2, Agavi, where the notes bounce on a sustained, quasi-sinusoidal feedback, and never expand, but rather collide against one another. Sometimes, however, there is in Giorgio’s music a tension towards an opening, like in track number 3, which carries the same name as the album, La Salina, and which is accompanied by a music video which tries to capture the visual essence of the feelings behind La Salina. There, as in track number 5, Les Beaux Jours, the opening is reached by morphing the prepared guitar sounds into a gigantic drone. Track number 7, Un angolo di luce, which serves as the closing track, lets sustain back into the guitar sound, and thus conveys a different feeling of opening: that of the warm summer light of Marseille – and this light fills every corner of the sound space.