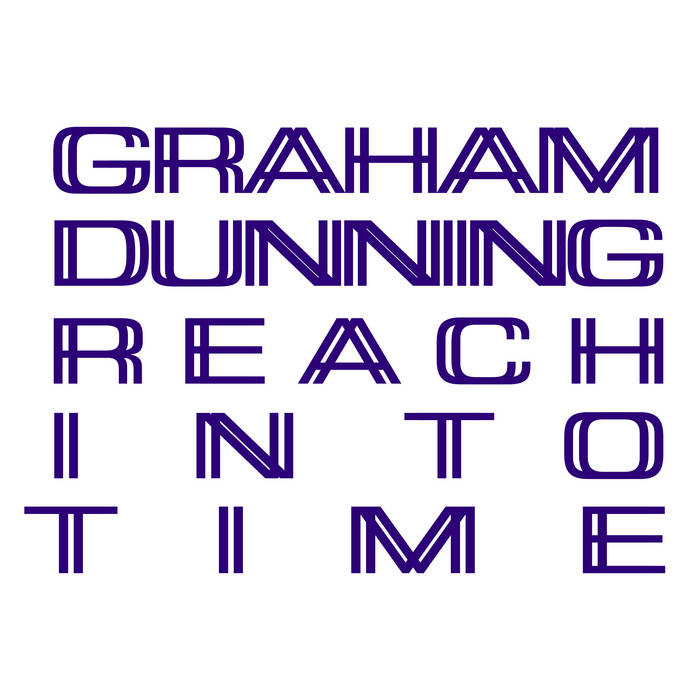 jib🛸 I Like It as does my Landlord. Favorite track: Reachin'.

Graham Dunning is a British musician and artist, who has previously released on labels such as Entr’acte, Seagrave, Tombed Visions and who also teaches Experimental Sound Art at the Mary Ward Centre in London . His many projects have a distinctly experimental flavour and a strong bond with performance. An excellent example of this approach is his Mechanical Techno project - take a look at his Boiler Room performance to get an idea of his stunning setup, which stretches the two extremes of machines in techno music: their mechanical, unstoppable repetitions and their inherent frailty.

Reach Into Time is an album where another sort of delicateness is explored by Graham. This time, by using live coding, it's not the precariousness of hardware, but rather that of software which is exposed. Live coding is, at the core, a different approach to art, and especially to music: in times where music software becomes more and more complex and layered, making it impossibly hard to control the low-level means of music production, live coders take the opposite stance, by performing exclusively live code manipulations and by exposing via visual projection the code being written or modified. As it is clear to anyone who's ever had any experience of it, coding, as an act of communication with a computer, is an incredibly frail matter - a single misplaced letter or symbol leads to the complete inability to perform the desired action. And in music performance this risk is heavily amplified: a miscommunication between a live coder and his computer will extend to the whole audience, breaking the spell - or in the case of algoraves, the party.

In Reach Into Time, a collection of live coding performances, Graham's music is quite close to the rave tradition. It's not completely danceable, but it is certainly beat-driven, as songs like Reachin and Springback prove. It sits in a peculiar sonic area between early Detroit techno (Rough) and Photek's drum 'n bass (Kru Love), held together by a good dose of grit and rawness, which are the signature features of live coding raves, where sound processing inevitably has to be used with restraint, as it entails more lines of codes to be written or modified. And yet, this is precisely the charm of this music. It's the offspring of a unique kind of interaction, the product of a verbal (and verbose) communication between an artist and a computer. Some will hear in it a proof of the closeness of machines and humans; others will find in it yet another demonstration of the distance of human and artificial intelligences. But the acts of communication captured by these recordings remain - and they sound like two old friends making music together.